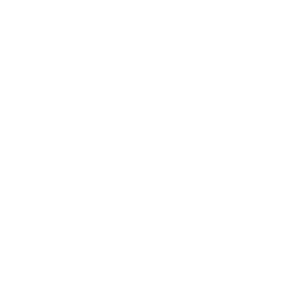 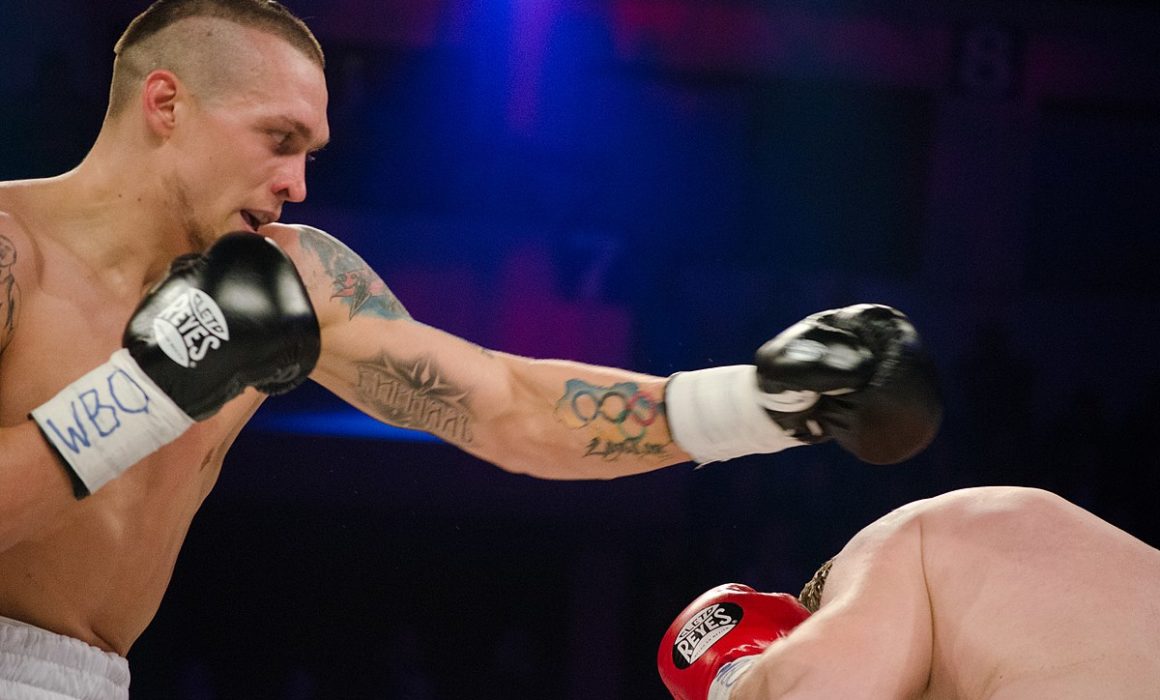 London, March 2020. It’s the press conference for another exciting heavyweight clash. As always, the managers, promoters and fighters sit at the top of the stage to answer journalists’ questions in good conscience. One of the illustrious round stands out. He has a hat on and always has a mischievous grin on his face. All in all, he seems as if he doesn’t really like this press event, but would rather go straight to a fistfight. In relation to what he has accomplished as a boxer, he seems almost inconspicuous. We are talking about Oleksandr Usyk. One of the most successful amateur boxers in Ukrainian history, including world titles and an Olympic victory. And one of the most successful cruiserweights of all time in the professional circus. Last year, the Ukrainian decided to go up a weight class, into the spotlight. He wants to challenge the big players and win titles. The exciting question at this point is: Can the tech-savvy Ukrainian really stand up to the elite of the top class? How good is the already legendary Usyk really?

The Olympic gold medal is still my greatest success. I have many belts, but I only have gold once.*

Oleksandr Oleksandrovych Usyk is born in Simferopol on January the 17th 1987. The Ukrainian is initially passionate about football and only switched to boxing at the age of 15. Already in the fourth year of his boxing career he won bronze at the European Championships, but still in middleweight. Two years later, gold in the light heavyweight division is enough, but he goes out empty-handed at the Summer Olympics in Beijing and loses to Clemente Russo in the quarter-finals. Against the same Clemente Russo, a certain Deontay Wilder draws the shortest in the following semi-final. However, the defeat puts Usyk away in an impressive manner and won the world heavyweight title in 2011 and also won the gold medal at the London Olympics a year later. In the final, he retaliated at Russo for defeat four years earlier. In addition, he has a clean record of six victories in the World Series of Boxing and dismantles today’s heavyweight prospect Joe Joyce. Usyk, whose nickname is the cat, leaves the amateurs with an incredible record of 335-15.

I don’t care where I fight.

Usyk turns professional in cruiserweight at the age of 26 and rolls up the field like hardly any other boxer before him. Already in his tenth fight, the Cat faces a reigning world champion, the unbeaten Pole Glowacki in 26 fights. For the one-year-old man from Walcz, it is already the third title defense of his WBO title. But Oleksandr Usyk is a number too big for his Polish counterpart. Incredible leg work, fast guide hands flying out as if there was no tomorrow and an understanding of distance that is unparalleled, all this is too much for Glowacki. Usyk hijacks the WBO world title in front of an opposing backdrop, he wins clearly by points. The aspiring Ukrainian is the first time world champion in the pros. But a title is far from enough for the dance-talented Usyk.  In his eleventh professional fight and at the same time his debut in America, Usyk dominates the South African Thabiso Mchunu. The fight will be abandoned after the third knockdown in round nine. Already at this point, the Ukrainian sends the first fight announcements to the heavyweight Crown Anthony Joshua. Both men won gold at London 2012, a duel would be a dream for all boxing fans.

But before that, the 1.90 meter tall Ukrainian still has a lot in his way in cruiserweight. And next, with Michael Hunter, an extremely strong opponent is waiting for Usyk. The American and former Olympian has a slick record of 12 victories in 12 fights as a professional at this point, and the tension is in the air at the battle at Oxon Hill. Despite a strong start from Hunter, Usyk has more control over the action with each lap and wins by points in the end. Even before this fight, he parted ways with his long-time coach James Ali Bashir and is working with Anatoly Lomachenko. The Ukrainian with the unique sense of humour now wants to know for good. He wants to box the other world champions and unite the titles in cruiserweight. And suddenly the Muhammad Ali Trophy, or World Boxing Super Series, is being launched.

The top eight cruiserweights in the world fight for everything in a tournament in the Knockout system. The winner is the undisputed world champion in cruiserweight, which means three fights on the way to great fame and honour. As his first opponent, Usyk selects the German Marco Huck. The former world champion from Berlin seems to be the easiest task for the light-footed Ukrainian. On 9 September, he was a no-one. September 2017 the two meet in the Max-Schmeling-Halle in Berlin and Usyk dismantles the German in front of his own audience. Huck shows fighter’s heart, but due to clear dominance and boxing superiority on the part of Usyk, the referee cancels the fight in the tenth round. As always, Usyk’s speed and cat-like movements amaze the audience.

I’m not a monster, I’m a white bunny.

What follows is Usyk’s toughest fight of his professional career to date. Against Latvian Mairis Briedis, unbeaten in 23 matches, the Ukrainian has to go over the full distance. The two really don’t give each other anything, but in the end the judges see him just ahead and the overjoyed man from Simferopol moves into the final of the Super Series. With his victory against Briedis, he also grabs the WBC belt. But only a side note, because in the following final everything is at stake again. With a victory, Usyk wants to become the first undisputed boxing world champion of all four associations from Ukraine. The right-hander retreats to the Olympic Village in Kiev for an intensive preparation and shows in the final perhaps the best performance of his professional career. Back in his opponent’s homeland, Usyk clearly defeats the unbeaten Russian Murat Gassiev by points. He has arrived at the summit in cruiserweight, as an undisputed king. In addition, he has beaten all his opponents during the tournament in their home country. At this point, he is only the fourth boxer ever to unite all four world championship belts in one division. Usyk is so appreciated that even a return of boxing legend Andre Ward is discussed, but the fight between the two never takes place.

The undisputed champion then contests his first title defence against Englishman Tony Bellew in Manchester. On the 10th. He knocks out the Liverpool man with a hard-hitting left-right combination. The fight is surprisingly tight before, with the Ukrainian even just behind Bellew at the time of the knockout. After that victory, he was named Fighter of the Year by highly regarded sports broadcaster ESPN.

THE STONE IN THE WAY

My mother told me to learn English. I said, I’m going to be a cowboy so should I speak English to my horse? She said, “You have to learn it anyway, my darling. I didn’t listen to her.

After this fight, Usyk makes a well thought-out decision, he switches to heavyweight. In his debut, the man with a 1.98-metre range easily defeats American Chazz Witherspoon after giving up his opponent in round seven. The fight is a gallop and not a real test for the former super champion in cruiserweight.  The Ukrainian has been in the ring a lot with heavier boxers during his amateur days, it has always been a dream of him to box with the very heavy guys. But is he good enough for that? Evander Holyfield and David Haye are prominent examples of the world cruiserweight world champions. At first glance, the Ukrainian is by no means worse than the two. And unlike Haye, for example, the cat also allows more time with the title fight. Because in his next battle, no world champion is waiting for Usyk, but certainly no stranger.

If there were a list of scandal boxers, the Ukrainian’s next opponent would surely be in the top ten. He’s not Mike Tyson, but he makes every effort to look like one. His fighting name is not for nothing war, which he has already stood in the ring in some hard battles: Dereck Chisora.  The Briton with African roots has won three in a row and wants to know again. The 36-year-old has recently been managed and trained by his compatriot David Haye. From his camp he says he is training as disciplined as he has n.e. for a long time, and former WBA world champion Hye is making every effort to talk his protégé big. However, Chisora already has nine defeats on his professional account. Except in terms of experience in heavyweight and punch, Usyk should be superior in all categories. The Ukrainian goes into the battle against Chisora* as clear favourite, he already has very different opponents in his sights than the Englishman in the medium term: he wants to get the compatriots Chisoras and world champions Tyson Fury and Antony Joshua in front of his fists.

*The fight scheduled for May is postponed due to the coronavirus 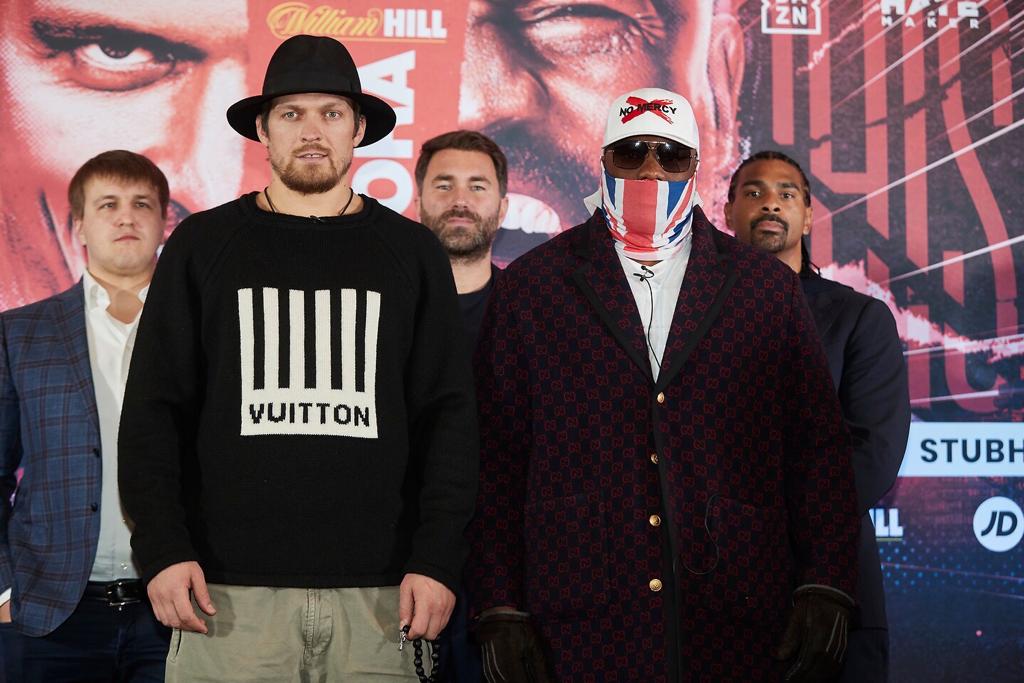 I AM VERY FEEL

A lot of people don’t believe in me, they think I’m too small for a heavyweight. Just as they used to say I shouldn’t box. Then I keep telling myself: I can do it.

Once, Usyk has publicly sparred with a certain Wladimir Klitschko. The man from Simferopol is sent home after a round, he has made the champion look too bad.  Already in the World Series of Boxing he has stood with heavyweights in the ring and also boxed with significantly more kilos on the ribs. Usyk has been sparing with heavier boxers for years, it is not a complete new territory for him. Are these all indicators that speak for the success of the Ukrainian in the top class?

For Usyk, the most important characteristic of a boxer is discipline. She has brought him far in life. He is very close to a heavyweight title fight But is he really good enough to endanger the world champions? Will his ingenious ring IQ and superior agility bring victories to the Ukrainian in the higher weight class? Is it stable enough to simply put away hits from much heavier opponents? Does he have enough power to ring boxers like Fury or Joshua?

Oleksandr Usyk has already answered almost endless questions in his boxing career. If he answers the top with a yes, he will go down in history as one of the greats.

Listen and request right away: 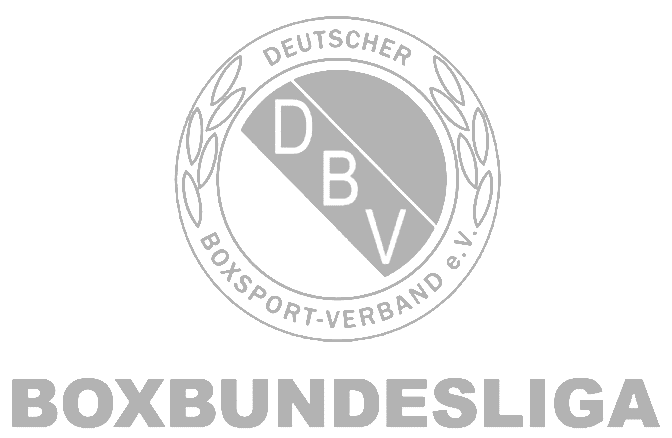 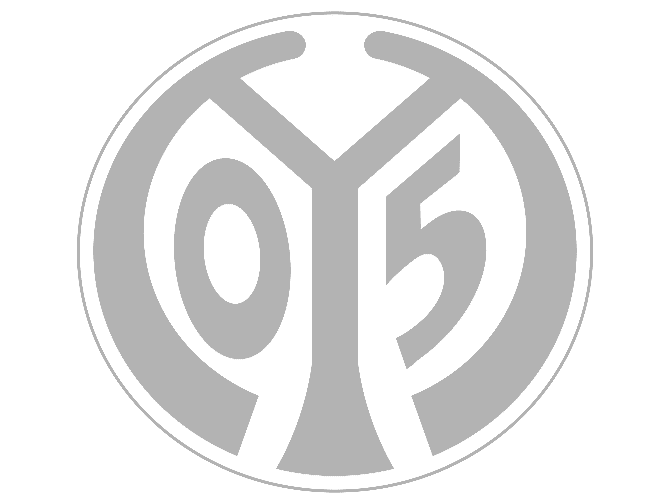